VANCOUVER, British Columbia, Sept. 07, 2017 (GLOBE NEWSWIRE) — Chesapeake Gold Corp. (TSX-V:CKG) (“Chesapeake”) is pleased to provide an exploration update for its regional Yarely project (“Yarely”) near the proposed El Paso (Metates) plant site in Sinaloa State, Mexico. Chesapeake owns a 100% interest in Metates which hosts one of the largest undeveloped gold, silver and zinc reserves in the world. During the past year, Chesapeake has assembled a land position of 68,000 contiguous hectares at Yarely. The district is strategically located 10 kilometres from a paved highway and within 25 kilometres of the El Paso plant site.

Yarely is situated in a prolifically mineralized belt that parallels the Pacific Coast and lies along the western margin of the Sierra Madre Occidental within Sinaloa state. The Yarely district is very prospective for precious and base metal mineralization hosted within several different deposit types including skarns, epithermal veins, disseminated stockwork zones and breccias. A systematic program of geological mapping, rock chip channel sampling and trenching supplemented by IP geophysics has defined six significant prospects.

Within 3-4 weeks a Phase 1 diamond drill program will commence on the Central and Loretos prospects. The 5,000 metre drill program will test the “V” shaped IP anomaly at depth (map attached) Drilling will target the potential for large disseminated stockwork and hydrothermal breccia bodies developed along the two major structural corridors mineralized on surface.

Between the fracture filling veins in the north and the quartz stockworks to the south is a multi-stage hydrothermal breccia measuring 400 by 300 metres. This breccia is emplaced at the side of a regional northeast trending regional fault. Of significance is a trench sample which returned 374 metres of 0.12% zinc and anomalous molybdenum. Mineralization is coincident with the east side of “V” shaped IP anomaly that extends from a depth of 80 to more than 500 metres below surface.

Loretos is contiguous to the west of the Central prospect and is coincident with the north-northwest trending “V” shaped IP anomaly. The west side of the “V” anomaly is over 3 kilometres long and 1 kilometre wide. Mineralization at Loretos is hosted within sandstone, conglomerate and minor limestone and consists of numerous quartz-carbonate veins, fine quartz stockwork and oxidized disseminated sulfides. Trench channel samples include:

The surface mineralization and IP anomaly suggests the potential for disseminated sulfide bearing stockworks and breccia targets at depth.

Yazmin is 15 kilometres further west of the Central prospect. Yasmin comprises a northeast trending zone 6 kilometres long and 2 kilometres wide which remains open along strike. The zone hosts swarms of quartz breccia veins within clay-sericite and silica-tourmaline-epidote altered metasandstone and granodiorite. Channel samples from the tourmaline related mineralization include:

Sundae lies a few kilometres to the southwest of the Central prospect. Sundae hosts a swarm of quartz veins ranging from of 1 to 15 metres wide which have been traced along strike for over 3 kilometres. The quartz veins display classic high level epithermal textures which suggest the structures may have precious metal mineralization at depth. Channel samples averaging 3 metres wide returned anomalous values up to 0.1 g/t gold and 8 g/t silver. Preliminary geophysics shows a continuity of the structures to over 500 metres depth in the resistivity sections and a chargeability anomaly possibly related to sulfides.

Lucy is located 10 kilometres to the northwest of the Central prospect. Lucy consists of an extensive zone of outcropping skarn developed along several kilometres of the contact between intrusive rocks and limestone. Preliminary channel samples across the manto-like skarn mineralization returned:

Five kilometres to the southwest, sampling of base and precious metals bearing stratiform bodies of polymetallic carbonate replacement and minor skarn within limestone returned 15 metres of 12 g/t silver and 0.67% copper and 30 metres of 0.4 g/t gold, 12 g/t silver, and 3.7% zinc

Los Mimbres is an early stage prospect situated 20 kilometres north of the Central prospect. Los Mimbres covers an extensive alteration area of 8 square kilometres within sandstone and shale. The system varies from fracture filling veins in the upper zones to disseminated sulfides and quartz stockwork 200 metres lower in elevation.  Reconnaissance channel samples taken within the disseminated-stockwork zones returned 7 metres of 0.4 g/t gold and 44 g/t silver and 31 metres of 0.3 g/t gold and 14 g/t silver from a quartz breccia. The clastic sedimentary host rocks, age, geochemistry and the style of mineralization are all similar to Metates.

Fall exploration will also focus on prioritizing drill targets in the other prospects. Trenching, geological mapping, channel sampling and IP geophysics are being undertaken at Yazmin, Lucy, Sundae and Mimbres. One field crew will continue generative studies to identify other prospects in the large Yarely camp.

“The grassroots exploration program at Yarely this year continues to expand the scalability of the camp” states, Randy Reifel, President. “Several significant prospects are being advanced and will be systematically drill tested. A greenfield discovery in this district would greatly impact and provide leverage for Metates future development”.

Presently, Chesapeake is well funded with $20 million in working capital.

ALS Global was the analytical laboratory used for the samples included in this release.  Sample preparation was primarily performed in Hermosillo, Mexico with analyses done in Vancouver, Canada.

Alberto Galicia, P. Geo, Vice President Exploration for Chesapeake and a Qualified Person as defined by NI43-101, has reviewed the technical information in this release.

For more information on Chesapeake and its Metates Project and regional exploration program, please visit our website at www.chesapeakegold.com or contact investor relations at 604-731-1094.

This news release contains “forward-looking information” within the meaning of applicable Canadian securities legislation. Such forward looking statements and information herein include, but are not limited to, statements regarding prospective gold, silver and related metal production, timing and expenditures to explore and develop prospective mineral properties, gold, silver and related metal resources, grades and recoveries, cash costs per ounce, capital and operating expenditures and sustaining capital and the ability to fund mine development. The Company does not intend to, and does not assume any obligation to update such forward-looking statements or information, other than as required by applicable law. Forward-looking statements or information involve known and unknown risks, uncertainties and other factors that may cause the actual results, level of activity, performance or achievements of Chesapeake and its operations to be materially different from those expressed or implied by such statements. Such factors include, among others: ability to finance mine development, fluctuations in the prices of gold, silver and zinc, fluctuations in the currency markets (particularly the Mexican peso, Canadian dollar and U.S. dollar); changes in national and local governments, legislation, taxation, controls, regulations and political or economic developments in Canada and Mexico; operating or technical difficulties in mineral exploration, development and mining activities; risks and hazards of mineral exploration, development and mining(including environmental hazards, industrial accidents, unusual or unexpected geological conditions, pressures, cave-ins and flooding);inadequate insurance, or inability to obtain insurance; availability of and costs associated with mining inputs and labour; the speculative nature of mineral exploration and development, diminishing quantities or grades of mineral reserves as properties are mined; risks in obtaining necessary licenses and permits, and challenges to the Company’s title to properties. Although the Company has attempted to identify important factors that could cause actual results to differ materially from those contained in forward-looking statements or information, there may be other factors that cause results to be materially different from those anticipated, described, estimated, assessed or intended. There can be no assurance that any forward- looking statements or information will prove to be accurate as actual results and future events could differ materially from those anticipated in such statements or information. Accordingly, readers should not place undue reliance on forward-looking statements or information. 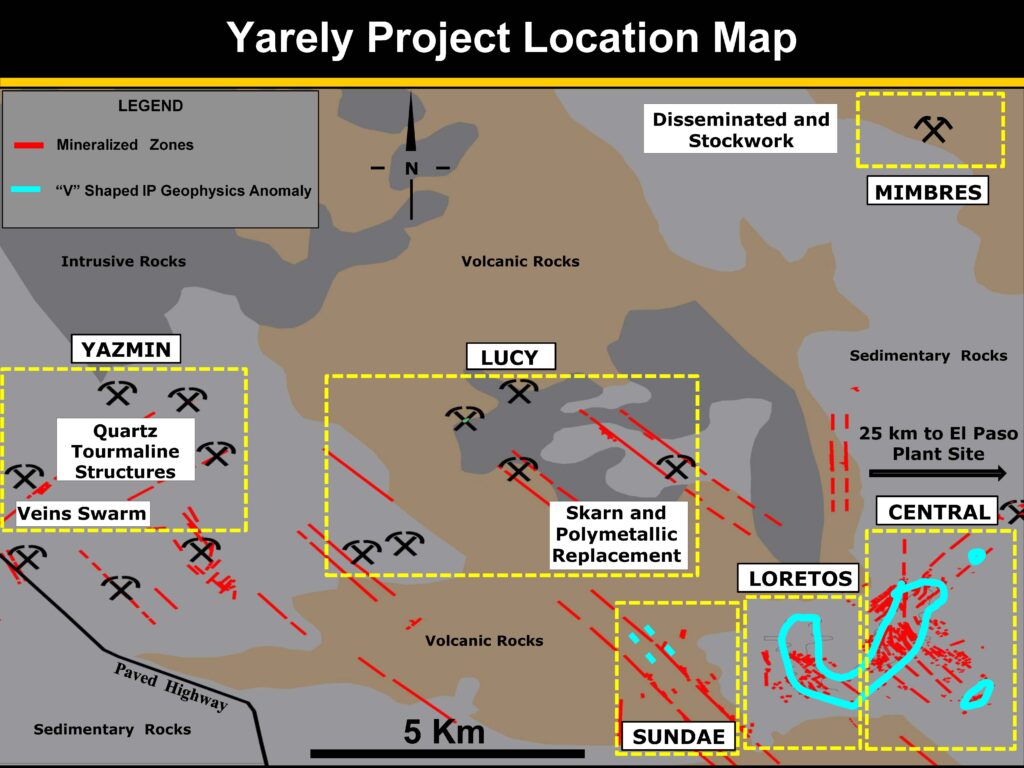