Vancouver, British Columbia–(Newsfile Corp. – June 21, 2018) – Chesapeake Gold Corp. (TSXV: CKG) (“Chesapeake”) wishes to provide an update on the results of the Phase 1 drilling program at its regional Yarely Project (“Yarely”) in Sinaloa State, Mexico. Yarely encompasses 72,000 hectares and is strategically located 10 kilometres from a paved highway and within 25 kilometres of the proposed Metates plant site. Metates is Chesapeake’s flagship project which hosts one of the largest undeveloped gold, silver and zinc reserves in the world.

Chesapeake’s primary objective for undertaking property scale exploration at Yarely is to determine whether Yarely could develop into a mineralized camp that would supplement and capitalize on the future development of Metates large mining complex. In 2017, a systematic exploration program identified several different deposit types at Yarely including skarns, veins, porphyry/disseminated zones and stockwork/breccias. To date, six district scale prospects have been identified: Central, Loretos, Lucy, Yasmin, Sundae and Los Mimbres within an area measuring over 20 kilometres E-W and 25 kilometres N-S.

In late 2017, a Phase 1 core drill program initially tested the Central and Loretos Prospects (see NR 5-2017). At the Central Prospect, the Spaniard vein swarm was tested by holes Y-05 and Y-06 which returned high grade silver and gold values in narrow veins to a depth of 100 metres. Drilling at Central South and Loretos targeted a large, blind V-shaped IP geophysical anomaly measuring 6 by 1 kilometres. Preliminary drill results suggested the potential of a large skarn-porphyry system at depth.

In 2018, the Phase 1 drilling program followed up targeting both the large and intense chargeability anomaly at Loretos and a silver mineralized corridor at Central. In addition, the Lucy polymetallic carbonate replacement and skarn system was drill tested in holes L-01, L-02 and L-03. Delays in drilling and reporting have been caused by permitting issues surrounding the political situation in Mexico during this current election year.

P. Randy Reifel, states, “Although early stage, the Phase 1 drill campaign has confirmed that Yarely has the potential to be a diversified mineralized camp with district scale prospects. Drilling discovered a blind porphyry system from the geophysical survey at Loretos. A high grade silver-gold vein field and ore grade zinc-gold skarn-hosted mineralization have been identified at Central and Lucy. The geological and geophysical work to date suggests Yarely could host several porphyry type targets which would be the first known in this region of the country. We continue to be excited as Sundae, Yazmin and Los Mimbres are being advanced to the drill stage. As well, ongoing regional reconnaissance has generated new prospective targets in the camp.”

The Phase 1 drill holes are summarized in Table 1:

The main drill target at Loretos is a blind skarn-porphyry system indicated by the significant high chargeability anomaly. The first hole, Y-04, cut more than 200 metres of hornfels altered sandstone-conglomerate with associated breccias and intrusive dykes along with abundant sulfides in stockworks and disseminations. High anomalous levels of copper, molybdenum, local silver and gold starting at 182 metres depth indicate the proximity to a porphyry intrusive. Hole Y-09 was collared 250 metres southeast of Y-04 to test the extension of the chargeability anomaly and intersected similar geology to hole Y-04. Y-09 cut a high grade silver structure in the upper part of the hole as well as 416 metres of anomalous copper and molybdenum further downhole ending in mineralization.

The extensive sulfide mineralization, alteration and stockworks encountered within the intrusive and the surrounding highly altered host rocks suggest that holes Y-04, Y-09 and Y10 intersected the upper and/or peripheral zones of a porphyry which may be similar to other large porphyry type deposits in Mexico. A summary of the mineralized intervals is presented in Table 2.

Hole Y-11 was located 300 metres west from Y-04 and tested potential carbonate replacement and skarn targets. Y-11 cut an extensive marble front adjacent to a zone of wollastonite exoskarn with anomalous zinc, lead and molybdenum but did not intersect the targeted limestone-intrusive contact. Two mineralized quartz-carbonate veins up to 3 metres in width returned up to 49 g/t silver. The drill hole locations at Loretos and Central are shown in Figure 1.

Holes Y-07 and Y-08 tested a N-S trending corridor in the eastern part of the Central Prospect where channel samples returned up to 33 metres of 81 g/t silver. Y-07 encountered drilling problems and was abandoned. Y-08 was drilled offset Y-07 and cut several 3 to 6 metre wide structures with silver values grading from 11 g/t to 30 g/t within propylitically altered sandstone and conglomerate.

The geological, geochemical and geophysical data suggests the Loretos and Central Prospects may be related and part of the same extensive hydrothermal system. The vein swarms, stockwork, breccia zones and local skarn development are all likely associated with one or more mineralized porphyritic intrusives. To better define the metal zonation and rock alteration associated with the porphyry system, 225 metres of drill core have been selected for hyperspectral VNIR scanning. In addition, numerous core samples will be analyzed for petrographic and mineralogical characteristics. These studies will help to further define the nature of this porphyry and vector additional drilling to higher grade mineralization in the system.

In early 2018, Chesapeake completed the acquisition of Lucy which hosts a skarn/carbonate replacement/manto type deposit. Surface mapping and sampling outlined a mineralized area at least 3.5 by 1.0 kilometres which remains open in a north-south direction. Several flat lying and outcropping mantos from 10 to 30 metres thick have been channel sampled with the following results:

Three shallow holes were drilled 500 metres apart over a 1.5 kilometres E-W trend to define the extent of the mineralized skarn at depth (see Figure 2). L-01 did not reach the targeted skarn generator intrusive at depth due to drilling difficulties, but still intercepted anomalous mineralization. Holes L-02 and L-03 discovered ore grade zinc-gold-silver-copper exoskarn mantos returning 22 metres of 0.33 g/t gold and 1.45% zinc and 25 metres of 0.59 g/t gold, 22 g/t silver, 0.25% copper and 1.62% zinc, respectively. The drill results are comparable to the surface sampling. Follow up surface exploration and drilling are planned to define the lateral extent and depth of this large hydrothermal system. The significant drill results are shown below in Table 3.

Subsequently, a 35 kilometre IP-Resistivity survey was undertaken at Lucy. The survey defined a low resistivity zone flanked by two strong chargeability anomalies indicating a possible pyritic sulfide shell around a large, shallow seated intrusion which underlies the area of surface mineralization. The geophysical model, the presence of quartz-sericite altered intrusive dykes along with ore grade mineralization within skarn and hornfels presents a potential porphyry target below and beyond the drilled area. The drill hole locations and surface samples are shown in Figure 2.

Sundae is located 4 kilometres to the west of Loretos and hosts numerous northwest trending en-echelon quartz veins. Individual veins are typically 1 to 5 metres in width and are commonly part of a vein swarm up to tens of metres in width. The veins have been traced for over 3 kilometres along strike with no change in the apparent strength of the epithermal system. The chalcedonic and sugary texture of the quartz veins display classic high level low sulfidation epithermal textures (multiple periods of brecciation, banded textures, quartz after calcite) and suggest the veins might overlie bonanza grade precious metal mineralization at depth.

Los Mimbres is located 25 kilometres to the northeast of the Central Prospect and covers an extensive alteration area of more than 8,000 hectares within sandstone, shale and intrusive rocks. Fracture filling veins are common in the upper zones while disseminated sulfides and quartz stockwork are found 200 metres lower in elevation. The clastic sedimentary host rocks, age, geochemistry and the style of mineralization are similar to Metates. Five kilometres to the south, skarn and hornfels boulders with copper and lead sulfide mineralization were recently discovered adding a new target area. Stream sediment, soil, rock geochemistry and geological mapping are underway to advance Los Mimbres to the drill stage.

Yarely is unique with several different deposit types in one camp hosting a mix of district scale precious and base metal mineralization. Joint venture interest has been expressed in specific prospects. Chesapeake will continue to systematically explore and advance multiple targets in 2018 for the next phase of drilling.

Presently, Chesapeake is well funded with $19 million in working capital.

ALS Global was the analytical laboratory used for the samples included in this release. One-half drill core samples were bagged at the site and then securely transported to the ALS sample preparation facilities in Guadalajara and Zacatecas, Mexico. The samples were crushed and ground and a representative sample split was sent to Vancouver, Canada for assaying using ALS methods Au-ICP21 and ME-ICP61. Alberto Galicia, P. Geo, Vice President Exploration of Chesapeake, is a Qualified Person as defined by NI43-101, and has reviewed the technical information in this release.

For more information on Chesapeake and its Metates Project and Yarely exploration program, please visit our website at www.chesapeakegold.com or contact investor relations at 604-731-1094.

This news release contains “forward-looking information” within the meaning of applicable Canadian securities legislation. Such forward looking statements and information herein include, but are not limited to, statements regarding prospective gold, silver and related metal content in exploration properties, timing and expenditures to explore and develop prospective mineral properties, gold, silver and related metal resources, grades and recoveries, cash costs per ounce, capital and operating expenditures and sustaining capital and the ability to fund mine development. The Company does not intend to, and does not assume any obligation to update such forward-looking statements or information, other than as required by applicable law. Forward-looking statements or information involve known and unknown risks, uncertainties and other factors that may cause the actual results, level of activity, performance or achievements of Chesapeake and its operations to be materially different from those expressed or implied by such statements. Such factors include, among others: ability to finance mine development, fluctuations in the prices of gold, silver and zinc, fluctuations in the currency markets (particularly the Mexican peso, Canadian dollar and U.S. dollar); changes in national and local governments, legislation, taxation, controls, regulations and political or economic developments in Canada and Mexico; operating or technical difficulties in mineral exploration, development and mining activities; risks and hazards of mineral exploration, development and mining(including environmental hazards, industrial accidents, unusual or unexpected geological conditions, pressures, cave-ins and flooding);inadequate insurance, or inability to obtain insurance; availability of and costs associated with mining inputs and labour; the speculative nature of mineral exploration and development, diminishing quantities or grades of mineral reserves as properties are mined; risks in obtaining necessary licenses and permits, and challenges to the Company’s title to properties. Although the Company has attempted to identify important factors that could cause actual results to differ materially from those contained in forward-looking statements or information, there may be other factors that cause results to be materially different from those anticipated, described, estimated, assessed or intended. There can be no assurance that any forward- looking statements or information will prove to be accurate as actual results and future events could differ materially from those anticipated in such statements or information. Accordingly, readers should not place undue reliance on forward-looking statements or information. 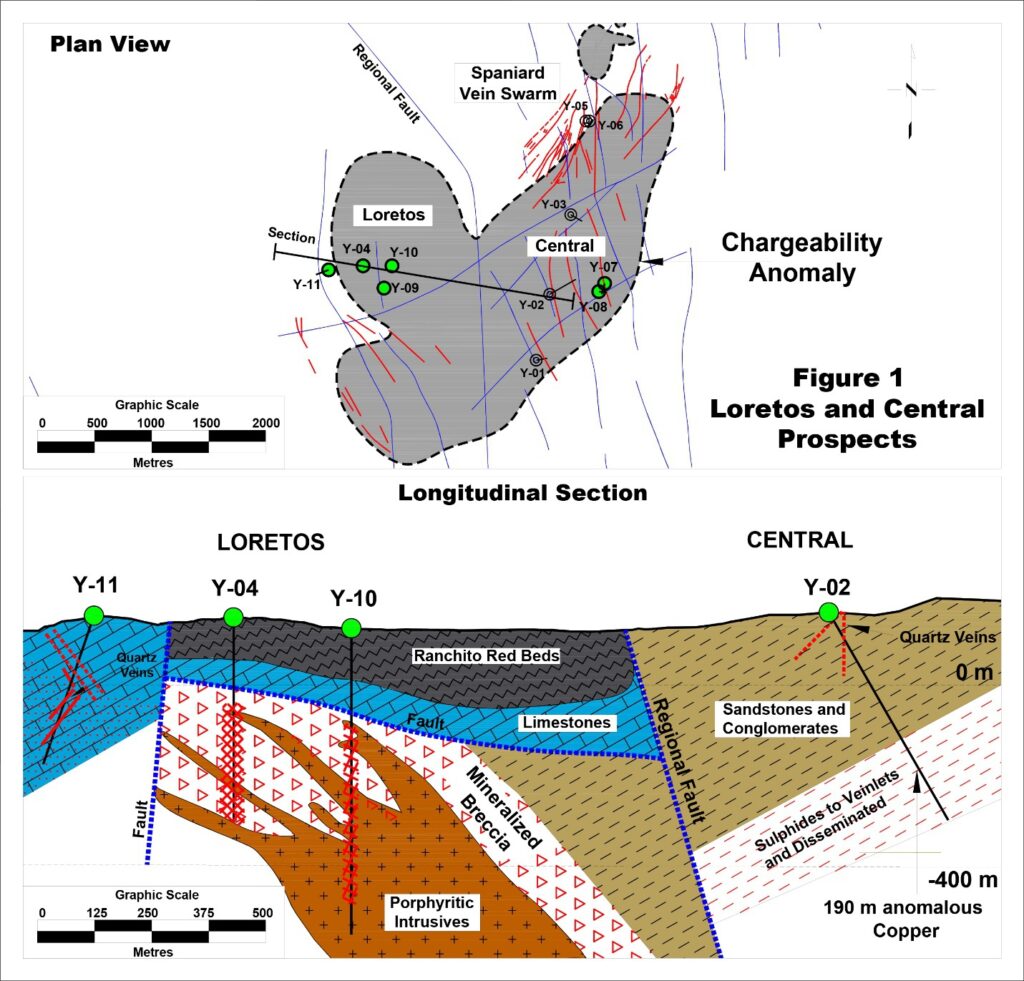 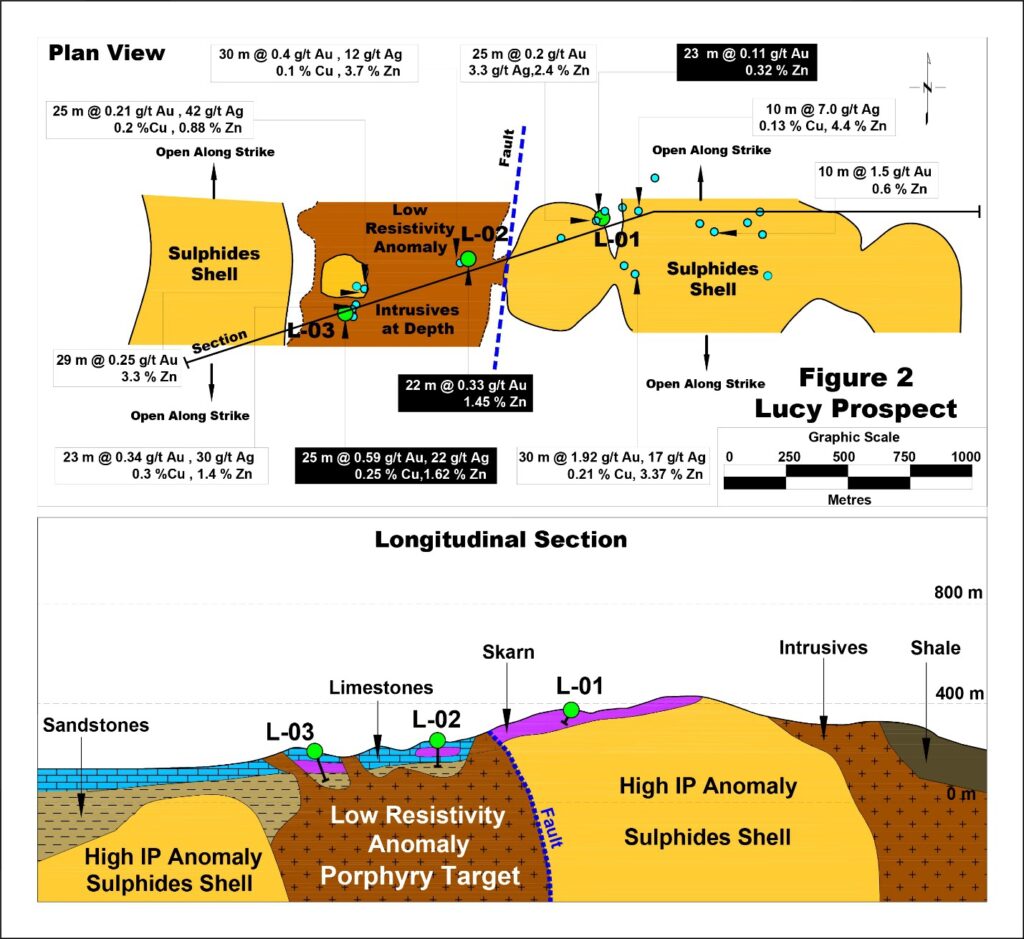