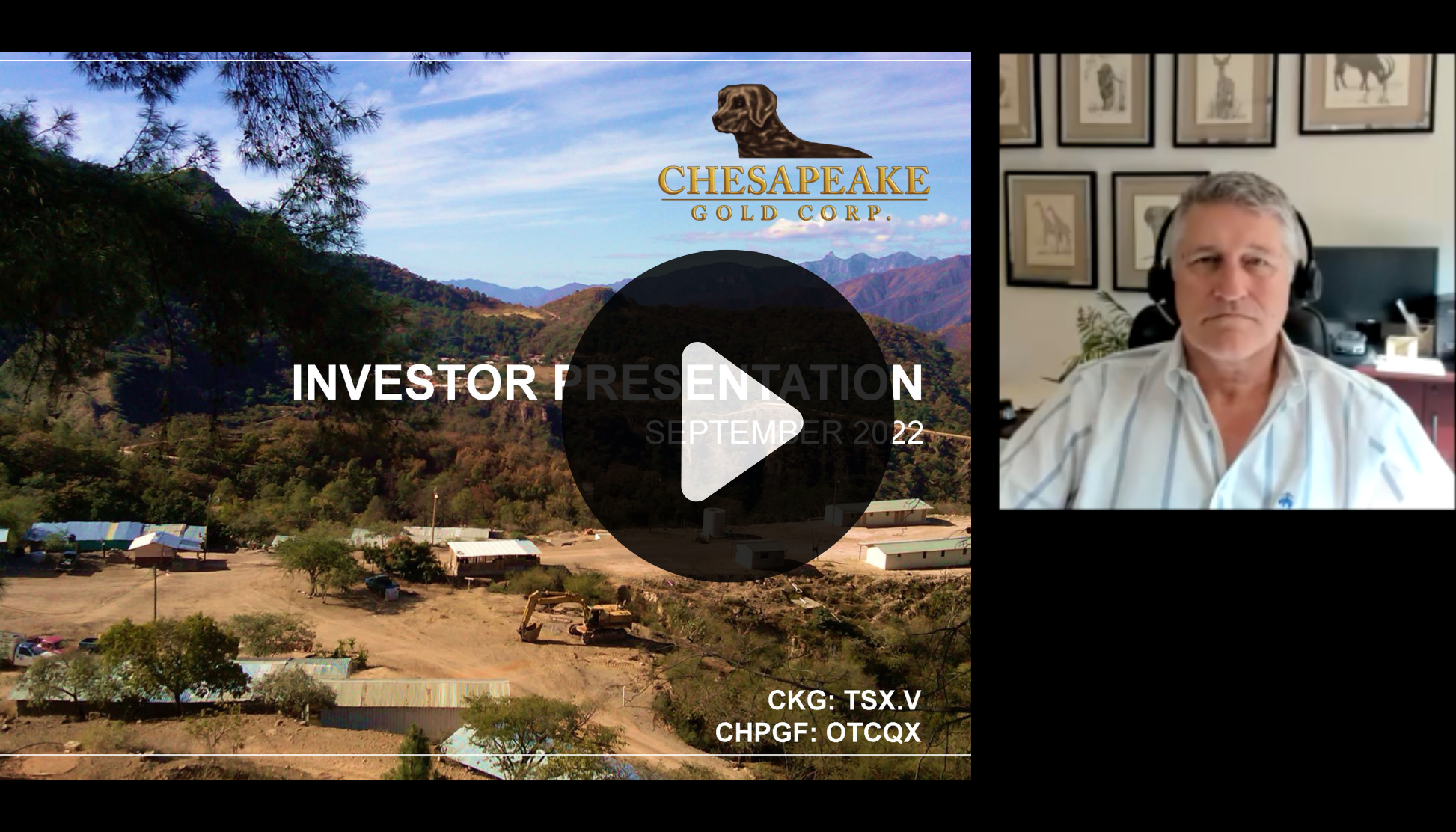 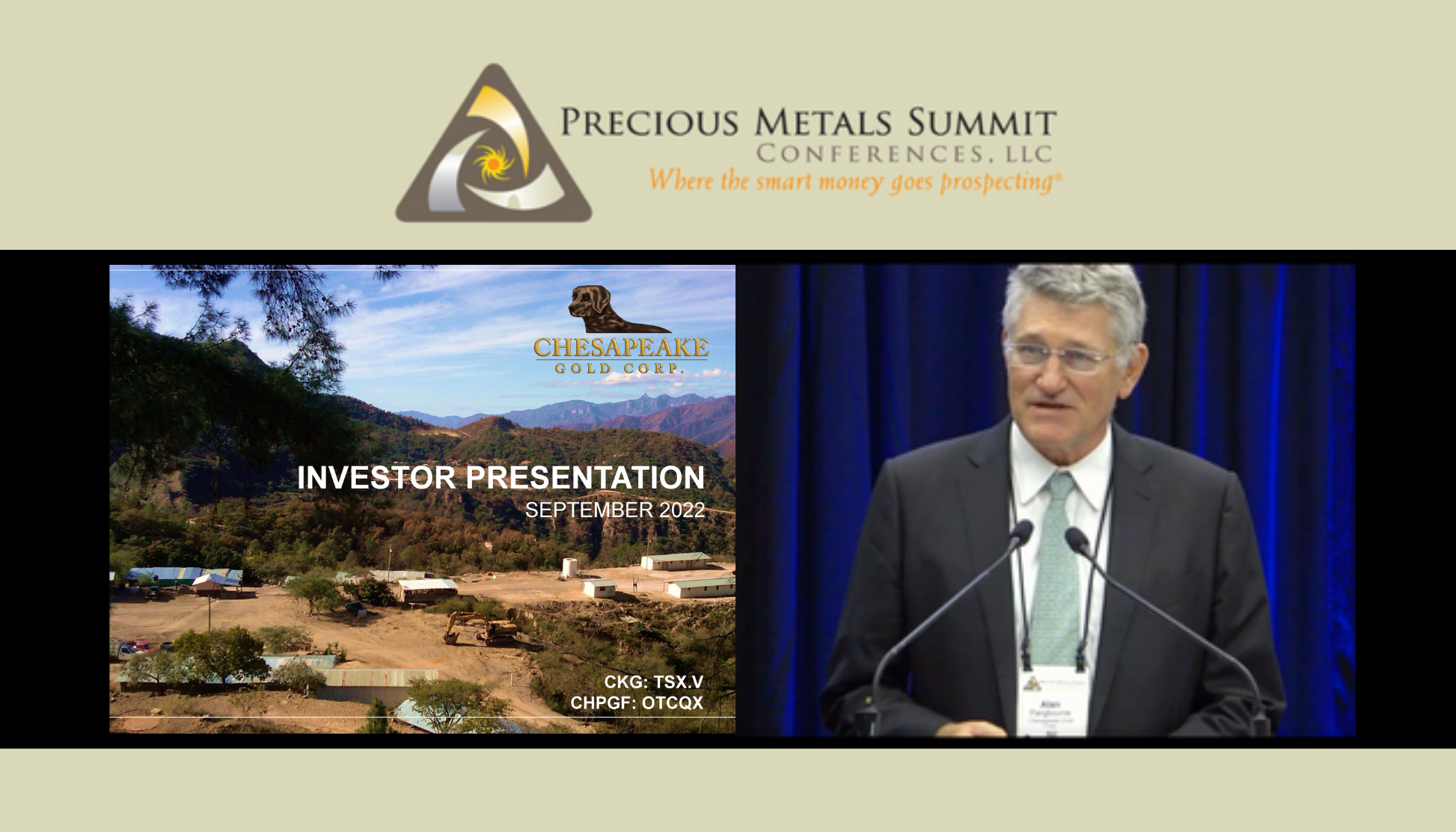 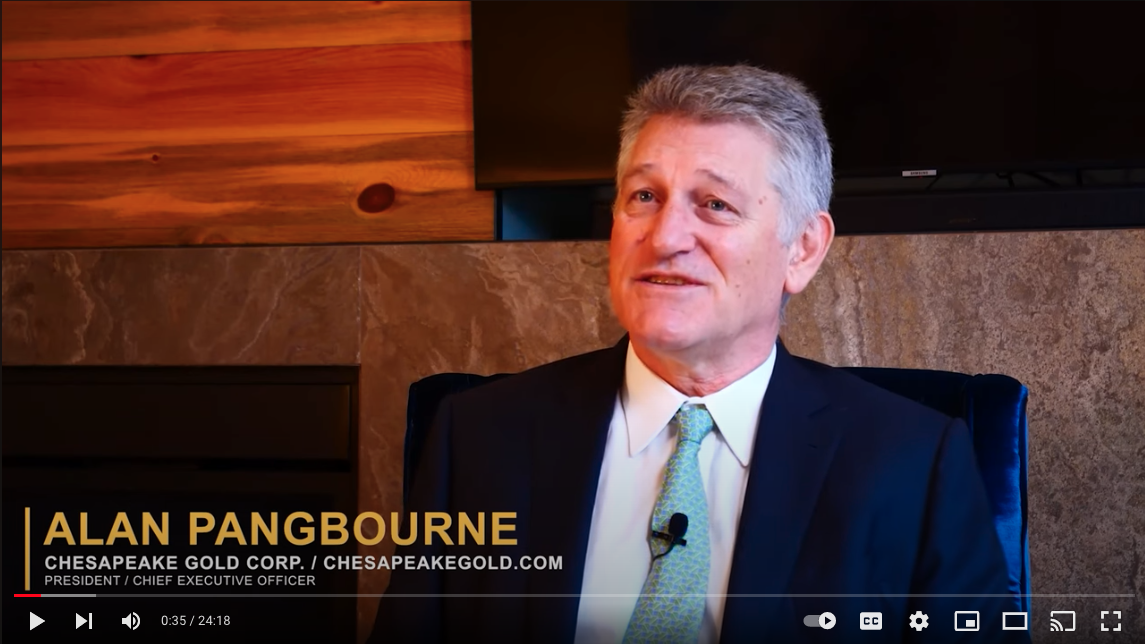 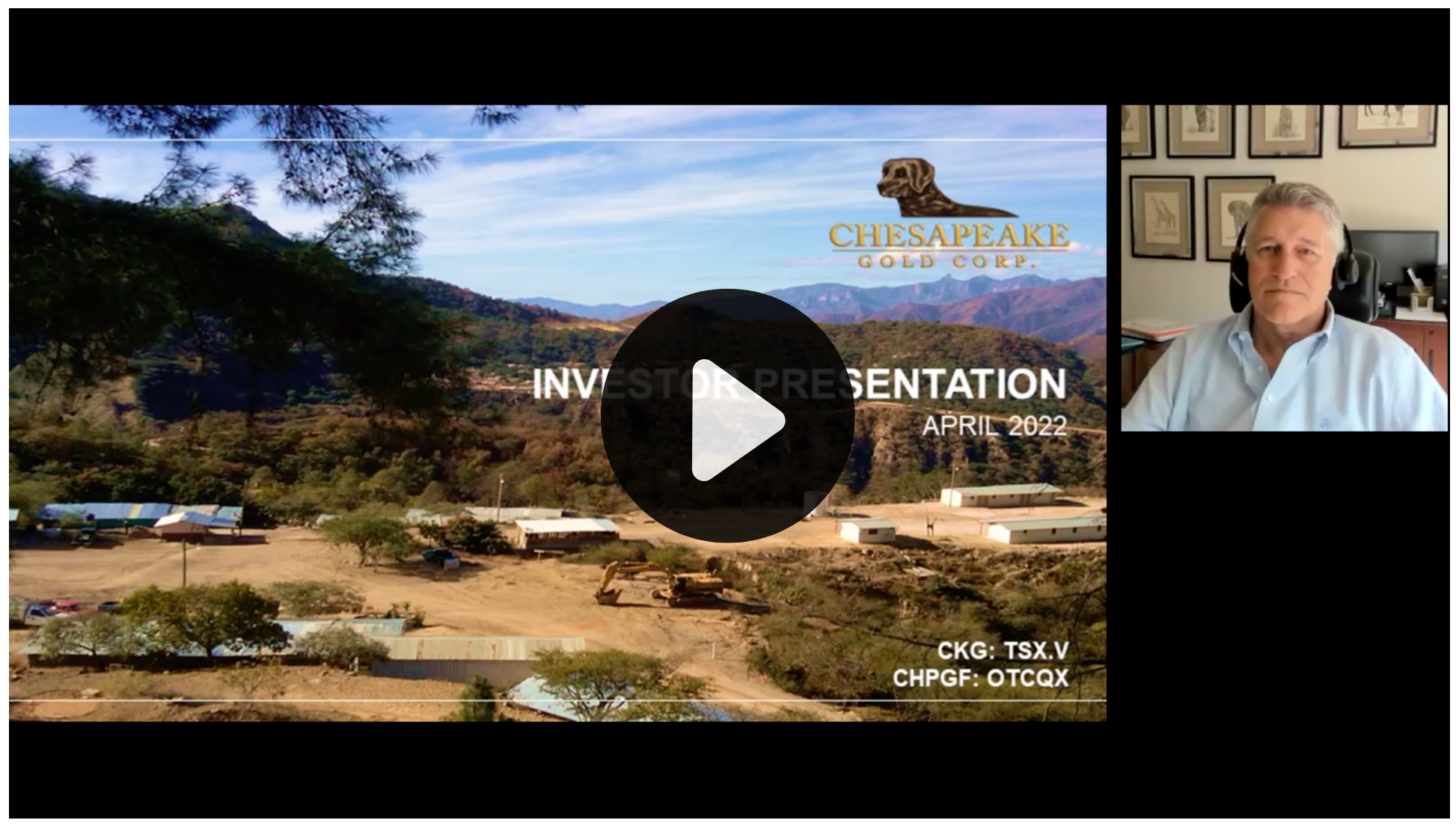 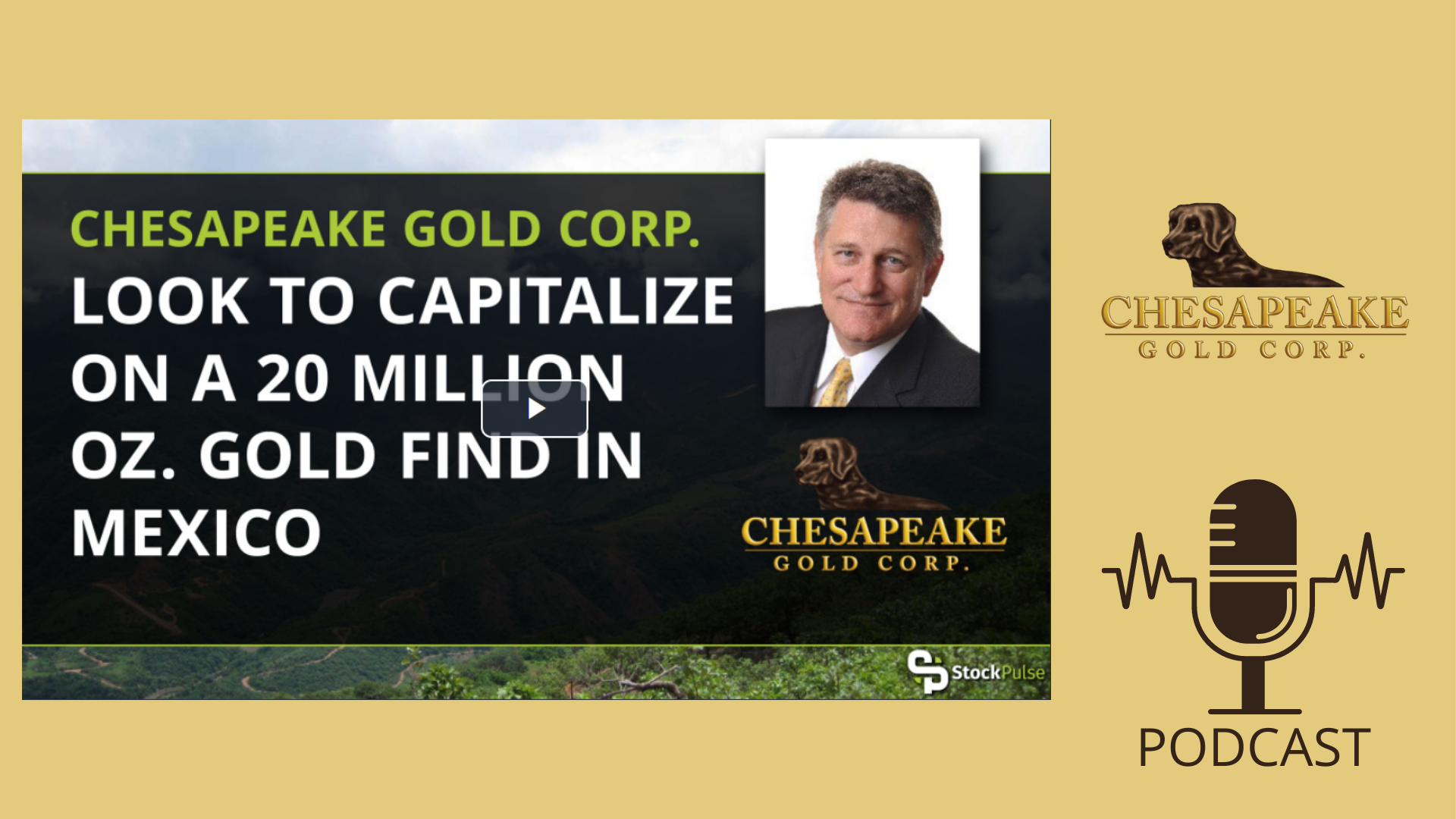 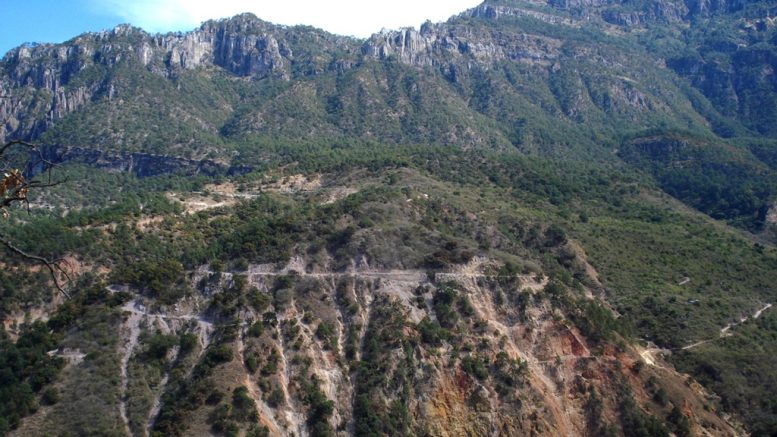 Chesapeake Gold (TSXV: CKG) has done for the Metates project in Durango, Mexico — one of the world’s largest undeveloped gold-silver projects — what others before it could not. CEO and director Alan Pangbourne tells The Northern Miner that the company has cracked the code to undertake the heap leach processing of sulphide material that ultimately has the potential for Chesapeake to disrupt and enhance the project economics of sulphide ore bodies globally.

“The issue before was it was a US$3.5 billion project, very complicated, involving autoclaves, line plants, all sorts of fun stuff, whereas this is quite a bit smaller,” says Pangbourne. “It uses heap leach technology to oxidize the sulphides and recover the gold and silver. That completely changes the economic picture.”

The proof for the game-changer potential of the new sulphide leaching technology can be gleaned from the new PEA.

“Anything that can take a capex requirement of about US$3.5 billion and reduce that to US$360 million has got to change the project economics dramatically. While the project’s initial scope was to produce 400,000 oz. gold-equivalent, we are now planning for 110,000 oz. a year. So, it’s a tenth of the capital to produce a quarter of the ounces, drawing on less than 20% of the total resource,” Pangbourne says in an interview. “The most important thing is it shows that there is a financeable-size project with this new technology that Chesapeake can build without needing a major partner.” 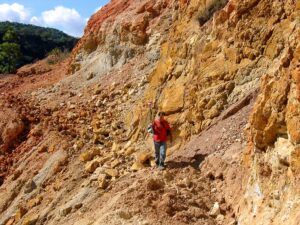 Pangbourne says the idea of using heap leaching to process sulphide ore sounds counterintuitive. Still, the technology has been extensively used in the copper industry, oxidizing and heap leaching sulphides for decades.

The technology has been extensively tested and proven in the field and is backed by years of extensive test work and tens of millions of dollars in research and development spending.

Pangbourne says the technology accomplishes two things: The liberation of gold in the sulphides by oxidation using specific chemistry to manage pH and alkalinity; and it is applicable in a low operating and capital cost heap-leach environment.

It also significantly reduces capital requirements and avoids high reagent consumption, fine grinding or the need for autoclaves used in other pre-oxidation processes.

The study has calculated an average annual pre-tax free cash flow of US$113 million in the first 15 years and cumulatively US$2.7 billion throughout operations. The PEA considers an initial capital cost of US$359 million, including US$64 million in contingency costs. Payback will take six months.

Pangbourne says the operation is scalable. The initial 15,000 tonne-per-day mine is expandable to 30,000 tonnes per day in short order to bring production forward and reduce the 31-year mine plan.

The PEA only focuses on the higher-grade massive intrusive hosted portion of the Metates orebody.

According to Pangbourne, the Metates mine will be a conventional open-pit mine employing contract miners. Mine operations will comprise conventional drilling blasting, loading and hauling with large off-road trucks, hydraulic shovels and wheel loaders. Plant feed will be delivered to the primary crusher and waste to various waste storage facilities.

The mine plan for this study only considered the higher grade intrusive hosted mineralization as potential plant feed. There will be a stockpile for sedimentary-hosted material that is not considered plant feed for this first phase of the operation.

There will also be a low-grade stockpile facility to store marginal grade intrusive material for processing at the end of commercial pit operations. There will be a support fleet of track dozers, rubber-tired dozers, motor graders, and water trucks to maintain the working areas of the pit, waste storage areas, and haul roads.

“The site layout features a very compact layout with all the major infrastructure located at or near the site,” says Pangbourne. “A water diversion tunnel is required upstream of the mine, and a water reservoir will be constructed below the site to supply water for the operations.”

Power will come to the site via a connection to a nearby substation and allow power to be supplied from the national grid. All the major mining, waste dumps, stockpiles and leach pads are all located in one watershed.

Importantly, the mine plan consumes significantly less power and water than a conventional sulphide flow sheet with a low environmental footprint, essentially producing “green gold,” according to Pangbourne.

Recent drill results suggest the potential for an even higher-grade core within the Metates intrusive. Pangbourne says Chesapeake is reviewing plans to conduct further drilling in the second half of 2021, with results to be potentially incorporated in the planned 2022 pre-feasibility study.

Chesapeake also has developed an organic pipeline of satellite exploration properties strategically located near Metates. In addition, the company owns 74% of Gunpoint Exploration, which owns the Talapoosa gold project in Nevada.

Despite the significant re-rating potential, Chesapeake’s Toronto-quoted equity is down about 44% over the past 12 months and trades at an 85% discount to its development peers. Shares last traded on August 6 at $4.16, giving the company a capitalization of $280.25 million (US$223.12 million).